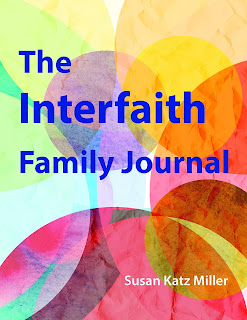 Wow, this journal really blew me away!  At first I thought it was just a nice little workbook, but the more I dove into it, the more important I realized it was.  Miller makes the case that every family is interfaith in some regard.  Among Christians, there are Catholics, Protestants, Baptists, and so on.  Among Jews, there are Reform, Orthodox, Conservative, and so on.  Even for people who share the same denomination, there are often differences in belief, opinion, tradition, custom, and preference.  I must warn readers that this book will make them think on some difficult questions and likely spur hours-long discussions among family members (which I think is a good thing, just make sure you care out enough time for it!).  What I loved about this journal is that it does not focus on who's right vs who's wrong.  Rather, family members take turns sharing about their religious upbringing (or lack thereof), what spirituality means to them, and what traditions they want to carry on into the future.  It aims to respect the faith of all parties while letting each person be heard, understood, and accepted.  I've recommended this journal to countless couples and find it to be an invaluable resource in any stage of relationship.
Posted by TJK at 11:27 PM 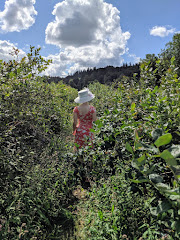 Hephzi is an aeronautical engineer with a B.S. in Aeronautical Engineering and a M.S. in Aviation Safety. When not blogging, she enjoys playing ultimate frisbee and volunteering at the local animal shelter.
Note: I have grown as a person over the years. My past reviews are not necessarily indicative of my current opinions.